A recent article in Forbes cited statistics indicating that only 1 in 5 US households currently pay for monitored home security services, while 100% of people want to feel safe in their homes.

These numbers could make it seem like the security alarm industry is poised for rapid expansion. However, newcomers to the field are not developing business-as-usual products, but rather, are creating technology designed to disrupt the traditional alarm business by creating affordable DIY home security solutions for homeowners.

One such product is Korner, which exceeded its initial fundraising goal by 278%. Priced at under $100 and designed to be setup within minutes, the product is targeted directly at the 75% of homes that are currently without a security system. And it’s not just for those who can’t afford home security.

As Michael Wolf states in his Forbes article on Korner, “…it’s not just for those who can’t afford any home security, but young and mobile types who would never consider buying traditional monitored solutions because of multiyear contracts and high up-front cost and monthly service fees.”

Lowe’s took technology that in the words of their VP and GM, Kevin Meagher, “was perceived as expensive and difficult to install and made it available and easy-to-use by creating simple Do-it-Yourself (DIY) kits at affordable price points.” They cite as one of their target markets homeowners who have purchased homes with existing wired-sensor security systems. These homeowners ‘could’ connect to a new system, but they would need a professional to come in and rewire. That is much more costly than purchasing one of their easy-to-install kits at less than $200.

CNET’s recent article on the DIY trend in the alarm industry says it best. “Installing a home security system used to mean spending hundreds of dollars to have professionals come and hardwire your house, signing a long-term contract, then paying huge fees month after month in order to keep the thing running….and if you were a lowly renter, you were out of luck — despite the fact that rental units get burglarized more often than any other kind of property.”

That’s a whole lot of DIY finding its way into the market, though many of these, like their traditional predecessors, include monthly fees.

And while current security alarm companies can embrace smart home and smart phone technology to make their product offerings continuously enticing to consumers, one has to wonder where the tipping point in the alarm industry is…. and exactly when it’s going to happen. 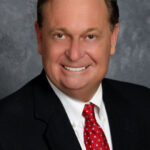 For more than 20 years, Rory Russell has been president and owner of Acquisition & Funding Services (AFS). As a top alarm company broker, he specializes in mergers, acquisitions, and financing for fire alarm companies, security companies, integration companies, and more. Learn more about Rory.